How does Facebook target specific ads to users? Are they really listening to our conversations?

Remember when everyone thought Facebook was secretly tapping into the microphone of our smartphones and listening in to our private conversations, then ads and brands we had previously talked about with friends would pop up on our feeds and we assumed Facebook was using records of our discussions to target specific brands and ads towards us? They were simpler times, but not as far-fetched as once thought.

Okay, I will admit I was a brief member of the mob of tin foil conspiracy theorists, as I too experienced first-hand the unnerving synchronicity of seeing an ad surface on my Facebook feed for a company or product that I had previously discussed in person. But as a full-time student studying communications, I thought it would be in my best interest to research this topic a little further before isolating myself in an underground concrete-cladding doomsday bunker, hidden away from Facebook and their eavesdropping superpowers. 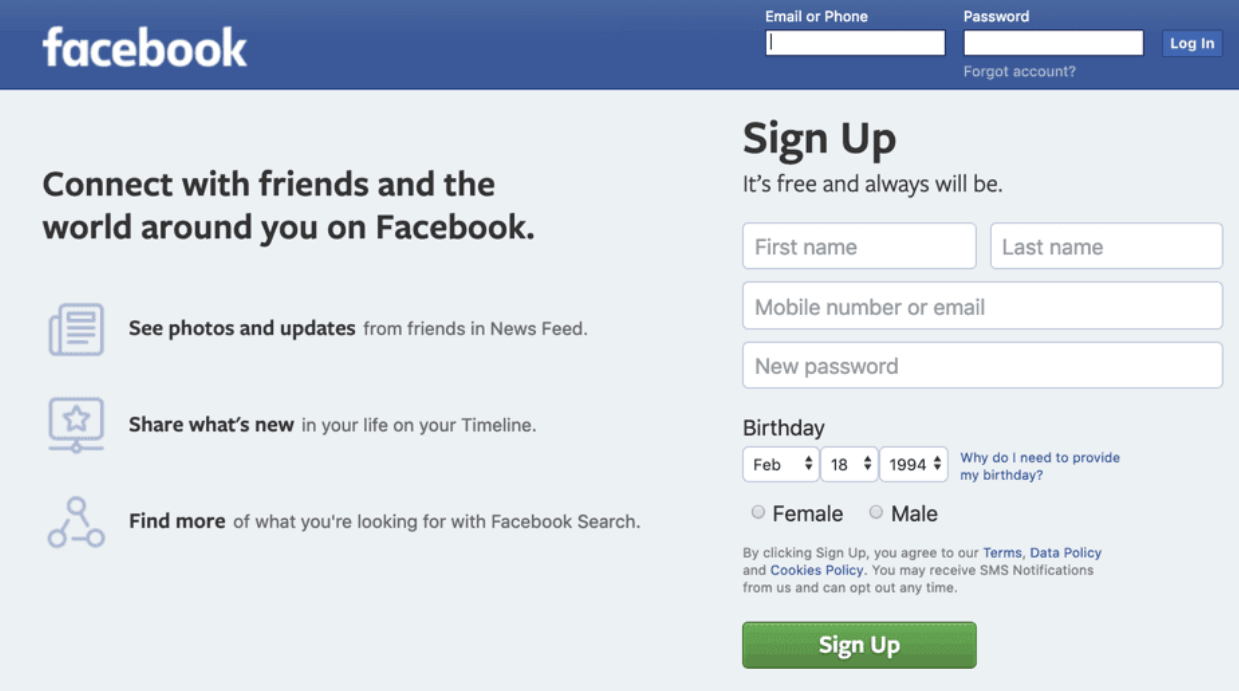 Although this phenomenon was eventually debunked as a myth, a story that was published in August 2019 by Bloomberg News had many conspiracists on edge. The article explained how Facebook hired an external company to transcribe audio conversations conducted through their standalone Messenger application, in an attempt to test the accuracy of a new automatic transcription algorithm. However, Facebook confirmed that users had to opt-in and volunteer for the services and we’re aware of the review system being used.

The article bounced around online with the majority of media outlets dramatically changing the headline to read, “Facebook admits to listening to your private conversations.” Ironically, these articles were popping up all over Facebook and other social media platforms. News Atlas explains that to the average headline skimmer whose primary knowledge of news comes from glancing across headlines that pop up in social media streams, this was enough to reanimate years of conspiratorial assumptions.

It took a lot of deflecting from Facebook executives and even a former ex-Facebook product manager (who was known for being critical of the company) — Antonio Garcia-Martinez came to the defence of the social media giant, suggesting that, “The level of data consumption needed for microphone surveillance would make the technique not only improbable to execute but also virtually impossible to hide.”

So why do we see such relevant ads?

There is no denying that Facebook has a way to understand a person’s true identity and psyche when it comes to buying. Mobile cyber-security company Wandera recently supported this claim, explaining that, “The reality is, advertisers, don’t need to listen to our conversations, because they have other clever ways of profiling users. Location data, browsing behaviour, IPs, tracking pixels, and social media profiles all provide enough information to predict what you might be thinking about buying.”

Facebook has the ability to target ads to a specific group of people based on their demographic profile. When you sign up to Facebook, you are immediately asked to provide details of your age and gender. From there, Facebook encourages you to update your education, your employment status, and other socioeconomic factors. Once you have your account set up, you begin to like photos, comment on pages, join public groups and interact with people; all of these features combined help to create a digital profile of you that Facebook now has complete accessibility to.

Facebook then uses all of this collected data to profile you into a detailed and definitive identity where specific ads can be targeted towards your specific characteristics. CBS News reported that targeting ads is almost infinitely customizable — sometimes in surprising ways. The ads you might see can be tailored to you down to the most granular details — not just where you live and what websites you visited recently, but whether you’ve gotten engaged in the past six months, are interested in organic food or share characteristics with people who have recently bought a BMW, even if you’ve never expressed interest in doing so yourself.

So not only does Facebook use your own personal characteristics, but it can also produce data based on similarities you have with other Facebook users.

How can companies use this to advertise their products?

Facebook has 1 billion+ daily active Facebook users, so it’s absolutely critical that you target only those who are potentially interested in your product. According to Hootsuite, “Any audiences that are not likely to convert for you is a waste of your advertising dollar.”

Facebook Ads Manager allows you to take full control and modification over where and who your ads will be directed towards. This is a powerful commodity compared to organic posts which involve uploading content without paid distribution. Organic reach has been on a heavy decline, particularly after Facebook updated their feed algorithm in 2018 which involved an initiative to make content more meaningful to the user and improve the quality of their experience on Facebook.

This meant that people were seeing more content from family and friends ahead of brands and businesses; reducing what users saw of product pages and promotions. As a result, companies have had to adapt, familiarise and implement paid advertising into their business strategy. Now, whether or not Facebook’s algorithm update was intended to reconnect people with their families or friends, or instead a ploy to encourage businesses to spend more money, will remain unknown.

There is a fine line between Facebook meddling with our privacy and creating an effective tool for small businesses to reach potential customers. What can be acknowledged, however, is that despite whatever Facebook’s true ambitions are, companies need to start thinking about engineering paid advertisements into their business, or risk falling behind competitors.

There are now endless options and avenues for consumers to browse their needs and wants.

How does Facebook target specific ads to users? Are they really listening to our conversations?