Time for the Hashtags, People! 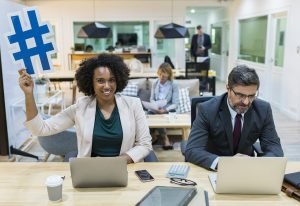 “#” – have you seen this symbol before? Yes, we’re talking about Instagram hashtags here! Now you may have spent hours and hours, maybe even years scrolling through Instagram – your subconscious have acknowledged the existence of this gate-like symbol…but maybe not so much about its importance. If these sound like you,  it’s time to educate yourself today!

First off, what’s the purpose of using hashtags? What benefit do we get out of it?

Well, do you want your magnificent content to be discovered?

If you said yes to that question, then Hashtags on Instagram may be made just for you.

1. It can be used to gain followers or get into a community with more or less similar intention/mindsets. For example: #socialmediamarketing, would people who care 0% about social media marketing search these hashtags up? No. So then what would we have? Yes, people who are interested in it. It may stand on a scale of “only trying to find out more” all the way to already specializing i.e “looking for specific information”

2. Hashtags are like sticky notes to indicate what the thousands of data(post) are about. Furthermore, now that Instagram has created a button to following hashtags, they are successfully managing even stronger connections between communities more than ever- fewer people are getting left out.

3. Another way to utilizing hashtags is to create your own. We know by now that engaging with your audience is one of the most important aspects in social media marketing. With personalized hashtags, you can build a sense of community between people who are using/following your product. This will build not only a relationship between you and your consumers but also among themselves. What’s lovelier than a brand that is more than a brand, but a family?

And by some chance, if you stumble upon your lucky star that day, your personalized and unique hashtag may even go viral! Millions of people who did not know about your brands before now may be your lifelong consumers just because of the powerful tool called the hashtags. For example: #ShareaCoke, surely you must have stumbled upon this hashtag once upon a time and yupp! This just goes to show how powerful viral hashtags can be, not to mention how successful this campaign was. 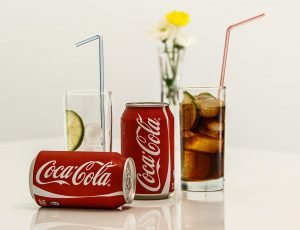 However, a word of advice: do not force/overload using hashtags. Posts with spams of millions (a bit exaggerated but you get what we mean) of hashtags are the least attractive. Hashtags should be intentional and have to have meaning behind them rather than just desperate attempts in getting followers. Again, followers who are not the least bit interested in you are simply just a number.

Finally, just to give you an extra little nudge to get your hashtags going, did you know that according to a study, posts on Instagram with at least one hashtags gets 12.6% more engagement than without. How crazy is that?